There are two main lagging indicators, that are both examples of trend-following (momentum) indicators. Lets take a look at them, below.

The moving average (MA) is a widely used indicator in technical analysis that helps ‘smooth’ out price action (raw price displayed on a chart) by filtering out noise from random, short-term price fluctuations.

The MA is a trend-following (lagging) indicator because it is based on past prices. A MA takes the average closing price of a currency pair for the last ‘X’ number of periods. 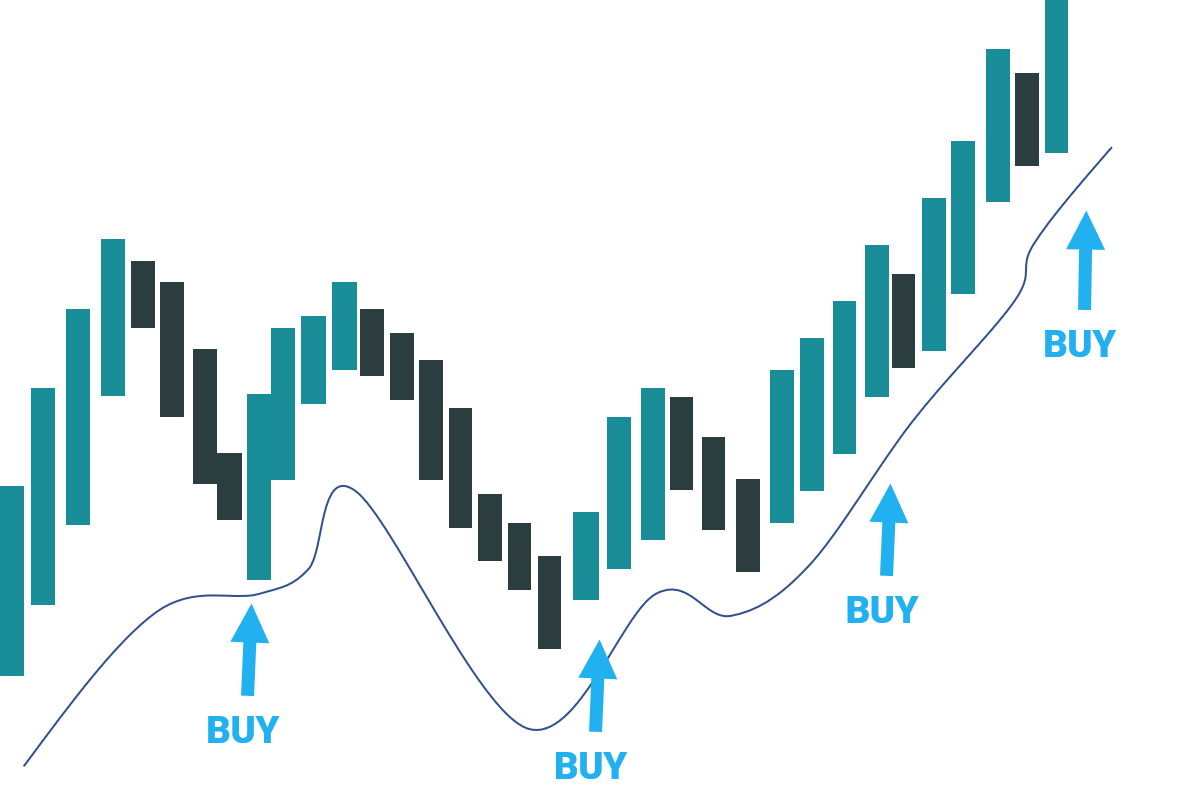 There are different types of moving averages, each of which has their unique level of ‘smoothness‘.

To make a moving average smoother, you should collect the average closing prices over a longer time period.

The SMA is the average price over ‘X’ period of time. It is calculated by adding up the last ‘X’ period’s closing prices, then dividing that number by ‘X’.

An SMA tells us whether a pair is in an uptrend, downtrend, or just ‘ranging’. However, SMAs are susceptible to spikes (outliers) in prices, which can disarray the indicator. When this happens, the SMA can produce false signals. We might think that a new trend may be developing but in reality, nothing changed. The EMA, aims to solve such a problem.

An EMA is a moving average that gives greater weight to more recent prices, therefore being less susceptible to outliers over a period of time, producing more accurate signals.

WHEN to use SMA:
In smooth market conditions.

WHEN to use EMA:
In choppy market conditions.

Bollinger Bands, developed by John Bollinger, is an indicator used to measure the volatility of price.

In theory, Bollinger Bands are used by traders to evaluate whether the market is smooth or choppy. 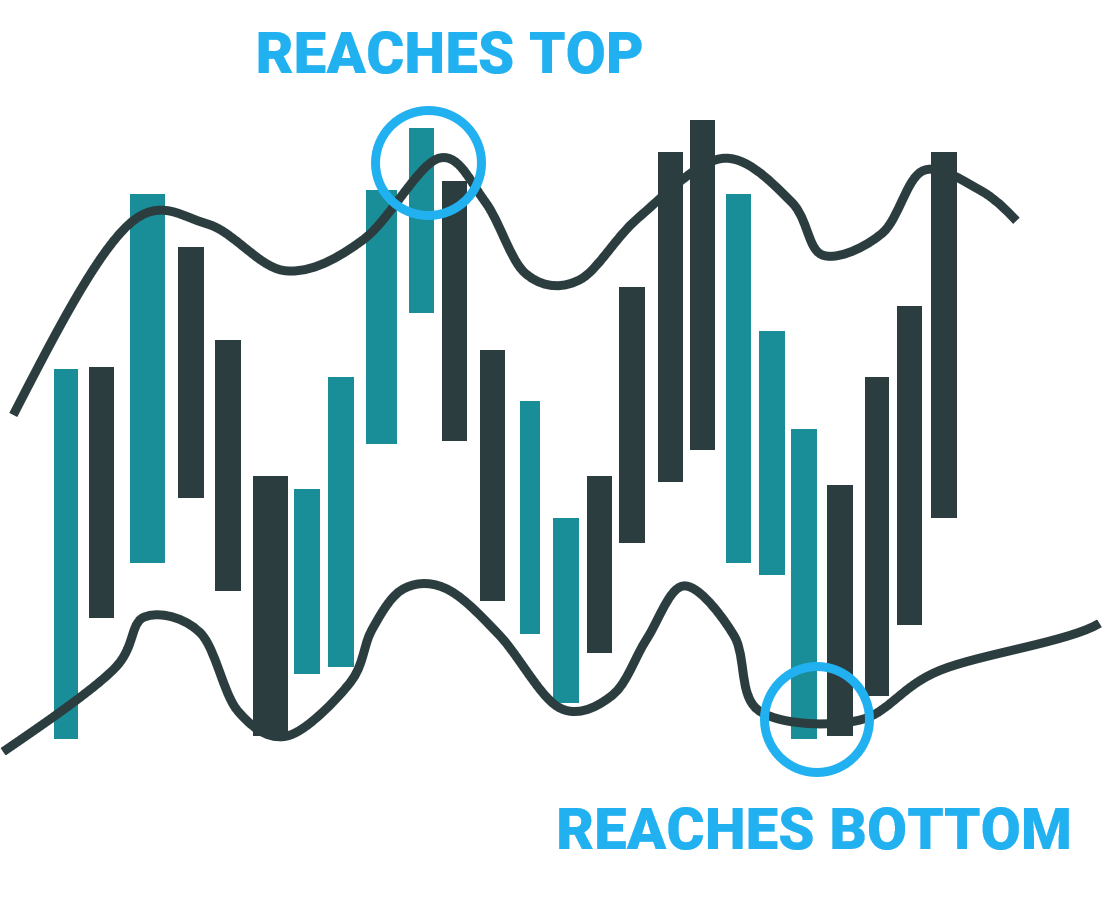