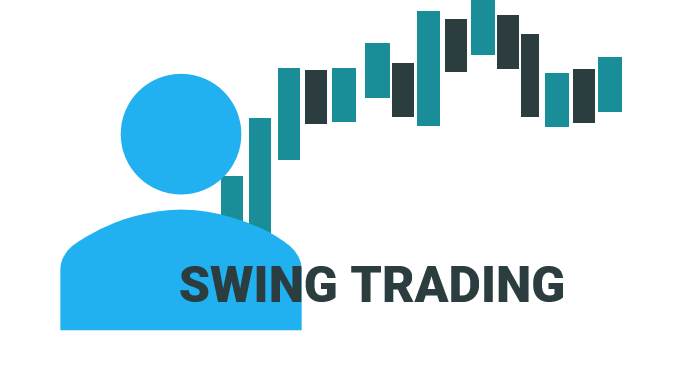 What is Swing Trading?

Swing trading is a medium-term trading strategy that takes advantage of big movements in the market over a prolonged period of time. It is commonly referred to as the ‘fundamental trading strategy’ due to the nature of the research one must put in before placing a swing trade. As trades are held for a longer period of time than day trading, the overall reward and risk is much greater.

What are the basic fundamentals of Swing Trading?

– A swing trader holds trades for longer than a day trader but shorter than a trend trader.

– A swing trader will hold trades generally over a period of a few days to a few weeks.

– A swing trader generally follows the trend as they look for bigger price moves or swings.

– A swing trader generally pays less in commissions as the volume of trades is lower than that of a day trader.

With a swing trading strategy a trader is trying to make a return on their investment from relatively short-term moves. As with all trading strategies it is important to study chart patterns and identify important price levels. A swing trader may look at anything from a 30 minute chart to a daily chart to get a gauge of the market movement. Sometimes a swing trader may want to study the weekly chart to get an indication of longer term and bigger ‘swings’.

What sort of person may suit a swing trading stratgey?

– Someone who works a 9-5 job and does not have time to watch the market all the time.

– Someone who has time to study charts at weekends to place a trade then leave it for a few days up to a few weeks.

– Someone who does not become emotionally attached to trades.

– Someone who does not need to be involved in the daily action and is happy with executing 1-2 trades per week.

– There are many effective resources that can help a swing trader be successful.

– You can swing trade using many tools and techniques such as support and resistance levels and other technical setups.

– A swing trader will less likely be emotionally attached to trades as usually they do not have time to watch the market.

– As a swing trader is less likely to be in and out of the market often, the cost of trading is significantly reduced.

Market risk – as well as a greater reward, swing trading can also bring about a greater risk. You can potentially lose a lot of money via swing trading, therefore it is important to have a well thought out trading plan.

Risk management – it is advisable for a swing trader to set predetermined order types to their trades as they may not be constantly watching the market as opposed to a day trader.

Time – by not watching the market a swing trader may miss moves or chart setups that change the complexion of the market.