THE CARRY TRADE STRATEGY | Everything Trading 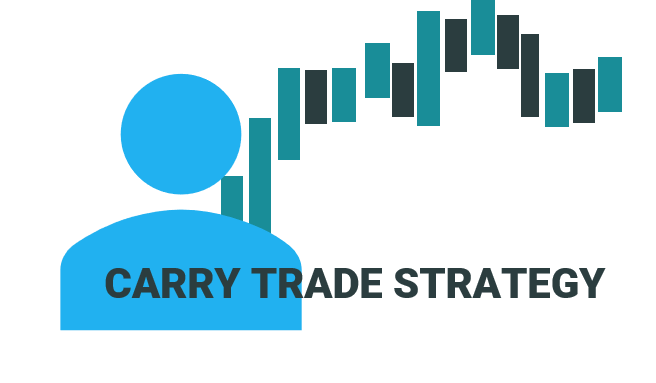 What is the Carry Trade Strategy?

The difference in interest rates are represented in a daily payment or charge known as the ‘Rollover Rate‘. The Rollover Rate is either debited or credited into your account after 17:00 GMT if you have any open positions. A trader using this strategy attempts to capture this difference in interest rates, which can be substantial depending on the amount of leverage used.

As of 10.10.2019 the interest rates of the worlds leading economies are as follows;

How do you calculate what you will profit using the carry trade strategy?

Lets say we wanted to utilise the carry trade strategy on the currency pair USD:JPY by opening 2 lots.

As interest rate differentials are one of the primary drivers in causing the prices of currency pairs to move, the carry trade strategy is one of the most commonly utilised strategy.

The carry trade strategy is a very popular medium to long-term strategy, which can be both a profitable and simple strategy in executing. It does not require a great amount of on-going research as interest rates do not change regularly.

How does a trader profit from a perfect ‘Carry Trade’?

This allows a profitable trade in two ways:

1) A trader would profit upon the rollover on a daily basis as they hold the higher interest currency.

2) If interest rates are higher vs another currency, then with all else being equal this should mean a long term uptrend – as more traders buy the higher interest yielding currency.

Be aware that many traders and institutions are using the carry trade strategy, which increases your risk since the markets can become over crowded and therefore volatile.

Also, to successfully use the carry trade strategy you must use a relatively high leverage in order to make a profit, using a high leverage can increase your risk exponentially.

During the recovery from the Global Financial Crisis from 2008, the central banks decided to cut interest rates significantly in an attempt to resuscitate economies.

One of the highest interest rates set for a developed nation was in Australia by the Reserve Bank of Australia. The interest rate went higher than an astonishing 5% between 2008 and 2012.

While Australia’s rates were pretty high just about all other G7 nations were low. Lets look at the USA for example, where during the same period between 2008 and 2012 the rates were as low as 0.25%.

Therefore during this time the interest differential could be calculated as: